Ricky, Julian and J-Roc open a bar and casino in J-Roc's trailer, to fund the purchase of more dope equipment.

Ricky argues with their buyers about the amount of dope for the deal, saying they can't possibly get as much as is being asked for. Bubbles worries that the operation is growing more quickly than they can handle. Despite this, Julian grabs the phone from Ricky and assures the prison guard liaison that there are no problems. Ricky complains that that cannot possibly grow more dope since they are so broke they can't afford to buy more gear.

Julian announces he has a plan and tells Ricky to gather everyone together. Ricky takes issue with the fact that people regard Julian as the only smart one in the group. Ricky feels he is good with the practical work while Julian is the better thinker.

Meanwhile, Jim Lahey's daughter Treena arrives at the park for her yearly visit. She witnesses Ricky and Julian driving by, causing a minor scene in the shitmobile, and Jim tells her to stay away from those boys while she's visiting.

Julian announces to the assembled group his plans to open a dance club and casino in Linda's trailer while she is away. Bubbles and Sarah both have reservations about this, since Randy is the new weekend supervisor and may cause problems. Julian proposes to smooth things over with Randy by attending his birthday celebration that afternoon. Cory and Trevor complain that they were the only ones not invited to this. Julian tasks them both to steal a van and some lights and gear for the club interior while he party is taking place. Ricky and Bubbles both state their feelings that Cory and Trevor are smart enough to pull off even a simple task like this, so they are basically being used as jail cover.

At Randy's barbeque party, Julian and Ricky congratulate him, but he doubts their sincerity. Meanwhile, Cory and Trevor steal a van and proceed to a local self-storage facility, but they are too stoned and get lost on the way. They return to the barbeque to get better directions. After berating them angrily, Julian sends Ricky to the storage facility with them to supervise against his objections.

At the storage facility, Cory and Trevor accidentally set off the alarm while breaking into a unit, releasing a guard dog. Ricky runs to their aid, but accidentally shoots himself in the foot. Retreating to the van, he orders Trevor to bandage his foot with electrical tape and his own shirt, and Cory loses the keys to the van.

Back at the park, the trio unload the stolen gear at J-Roc's place. While Julian is yelling at Cory and Trevor for their bad performance, Treena appears for a chat. Julian sends her away and she crashes her bike heading off. Ricky, who has a soft spot for her, fixes her bike. They begin to bond, and Ricky sends her to the store for chips.

Ricky knows that Julian doesn't want Treena around because of her relationship to Lahey, but insists he can be a good role model for her as well the other kids in the park. Julian wants to open the bar that evening and sends everyone off to start setting up.

That night, the bar opens and the crowds start filing in. Everyone is impressed with the success of Cory and Trevor's promotion around town, but it soon becomes apparent that they unknowingly did most of their flyer distribution at a new gay bar in town. Consequently, there are virtually no straight people in attendance, and the only girl is Sarah. When Julian confronts them on this, he finds the two of them chatting up a pair of cross dressers, whom they both mistake are actual women. Julian leaves without informing them of this.

Before long, Randy infiltrates the premises, announcing that the bar is illegal and will now be closed down. Lahey is also present, but leaves the main tasks to Randy. Randy tells Julian that the cops are on the way and quietly asks Julian voluntarily close the bar, so Randy can look good in his new position. They strike a deal so that no one will go to jail for the incident.

When Officer George Green and the other cops arrive, Randy says that everything is under control, and no one is arrested.

After the ruckus subsides, Julian leaves with Bubbles. Later, Treena returns from yet another chip and pepperoni run for Ricky, but rips her dress on the shitmobile while walking away. Ricky gets her a spare pair of track pants to wear home.

Randy and Bubbles count the proceeds from the bar and give the money to J-Roc to procure more hydroponics gear, and the operation is set to proceed once again. While heading out to get a pizza, they encounter Cory and Trevor with their dates, still not aware that they are really men in drag. They ask Julian for condoms. Later, in an interview, they deny that they did anything with the 'ladies', but also assert that it doesn't count if things are done to you as long as you don't do anything back.

"This has got to be the best idea of I've ever had. I mean, think about it - dope goes for way a more "awesomer" price in jail, because of supply and command."

"Now, if some kid wants to grow dope, they can come talk to me, instead of growing dope six or seven times through denial and error..." 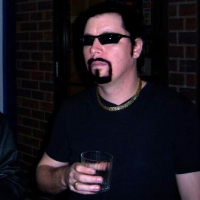 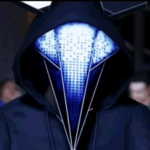 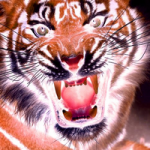